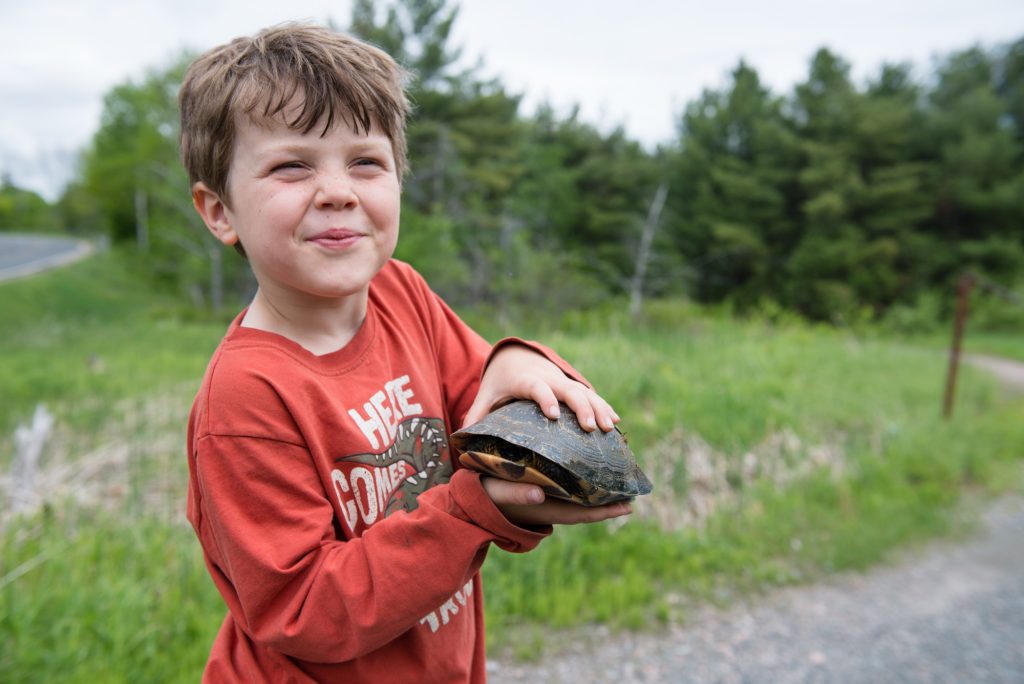 Little brown bats have seen a population decline of 94% since 2010 alone, due to white-nosed syndrome, caused by a fungus.

While our 50 species may not seem like a large number, each species plays a crucial role in an ecosystem. The loss of species results in the loss of biodiversity which in turn reduces our natural environment’s ability to be resilient to disturbances – such as natural disasters, alteration in the food chain, and increasing instances of disease and pests. Many of the ecosystem services (e.g., clean water, flood mitigation, clean air and forests) that we depend on actually rely on having a healthy ecosystem that is resilient.

A number of factors contribute to population species declines within the Georgian Bay Biosphere Reserve. These include: habitat loss, development, road mortality, invasive species, harvesting, poaching, and pollution. GBBR tries to teach people about how to reduce these pressures on wildlife. For example, our Life on the Bay guide (online) is for property owners, and our Species at Risk Best Practices for public works, municipalities, First Nations, road crews and construction companies.

In 2017, Biosphere staff followed up with research that had been conducted by the University of Guelph about Eastern Foxsnake hibernation sites from 2002-2004. The surveying of these historical hibernation sites found that both adult and juvenile snakes were still using 86% of the sites over winter. Two of these snakes had “pit tags” (passive integrated transponders) – similar to a microchip for a dog or cat – implanted at Killbear Provincial Park. This find is especially exciting as it means these snakes spend their summer months in the Park, but hibernate out on the Georgian Bay islands. To reach these destinations one of these tagged individuals travelled and swam over 5 km!

Wildlife relies on a healthy state of the bay, and the Georgian Bay relies on all of these species. Next week, I will provide some ways that you and your family can help species at risk right in your own backyard. 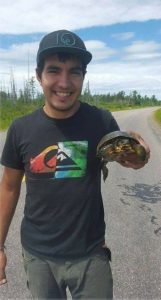 The Magnetawan First Nation (MFN) launched a species-at-risk program in partnership with biologists at Laurentian University in 2011. The program tries to understand at-risk populations, the rates of road mortality and the general movements of individuals and populations. The community has since produced one of the largest data sets about reptile road mortality in Canada. Community members participate in recording and reporting sightings of a variety of snakes and turtles, expanding the data collected through citizen science in combination with traditional ecological knowledge.

The data has been used to inform land-use planning, including the mitigation of provincial highway expansion, ecopassage design (that help wildlife to safely cross roadways), transmission-line locations and community economic development. The community strives to exceed the standards for species-at-risk protection itself using innovative new ways to develop in balance with nature. Program staff offer outreach in the community and surrounding areas, creating partnerships with numerous agencies and organizations. MFN trains construction contractors and public works staff on the identification of species and protocols under species-at-risk legislation. MFN also holds an annual conference about land and resource management to share the latest research and monitoring of mammals and fish. Magnetawan First Nation wants to be a model by understanding and respecting other species and protecting the land and water in their traditional territory.