When the United Nations launched the World Network of Biosphere Reserves in 1970, one of its main goals was to conserve landscapes, ecosystems, individual species and genetic variation. Core protected areas within a biosphere reserve, such as national and provincial parks, provide the physical space—or ecosystems—species need to thrive. In eastern Georgian Bay, we have a mosaic of ecosystems ranging from forests and rock barrens to wetlands and rivers. Each of these areas provides important habitat for hundreds of species.

Habitat loss is the single biggest threat to plant and animal species, both globally and locally. Once a natural area is disturbed or destroyed, it is very hard to restore it to its previous state. In addition, individual habitats need to be at least somewhat connected to allow species to breed, feed and find shelter. When a large habitat is divided by roads, power lines or by human settlements, it gets sliced into smaller patches that may not meet species’ needs.

Well-connected habitats supporting a wide range of species are important because they act like a natural buffer to the pressures of human activities, extreme weather events, climate change and invasive species. Highly diverse landscapes can absorb these shocks better and help support ecosystems and their wildlife.

Compare a tree plantation with a natural forest: if the tree farm is attacked by pests or contracts a disease, it may be decimated. But a natural forest has diversity built into its design. If one species suffers, others will continue to thrive. A diverse forest will respond much better to infestations and recover much faster than one with little biodiversity.

The Georgian Bay Biosphere has 50 species at risk that need our help to protect their habitat.

What are the Threats?

Georgian Bay’s coastal areas and inland lakes are threatened by road construction and new buildings, as well as boat launches and other changes to the shoreline. Those changes could include logging, mining rock and gravel, moving soil, dredging and blasting. Roads and development projects also create pathways for the spread of invasive species, such as the phragmites reed, which you may have seen growing in tall, dense stands along roadways.

Researchers can measure many different threats to biodiversity. By understanding these threats, we can see which habitats are priorities for protection, which areas need restoration and where we can best locate human development to make it more sustainable.

The researchers’ findings can translate into sophisticated maps showing all the different threats to landscape biodiversity. Simple map layers would include roads and urban areas. More complex maps would calculate the area of connected habitat, giving high scores to areas with more biodiversity. They could also do this for a particular species, or combine the habitat needs of several species to show the ideal habitat for protecting species at risk.

A New Tool: The Biodiversity Atlas

The Canadian Wildlife Service (Ontario region) and the Nature Conservancy of Canada have produced a biodiversity atlas that helps us add some findings we weren’t able to include in our 2013 State of the Bay report and provides information under two measures: high-value biodiversity areas and human footprint analysis. By combining these two metrics, we can better identify the areas of high biological and habitat diversity that are subject to a lot of human disturbance. These regions are considered a priority for conservation and may be proposed as parks, reserves or land trust sites.

Think about your own eco-footprint, how you develop your property and how these actions help or hinder wildlife habitat. Leave your land as natural as possible: fallen branches create salamander homes and add new soil. As well, dead standing trees (if in a safe location) provide shelter for birds, bats and small mammals; a shoreline buffer of native vegetation preserves important habitat and improves your water quality; and by turning off outdoor lighting at night, you’ll make it easier for nocturnal birds and other wildlife to navigate.

In addition, to make sure our conservation efforts are as effective as possible, our communities need to adopt best practices for development, including building roads with fencing and ecopassages to protect wildlife and allow for safe crossings. Culverts need to be appropriately sized and located to support aquatic habitat for fish and other species. And finally, our land-use plans need to ensure habitats are connected in order to protect large natural areas from fragmentation.

Many people go to Georgian Bay for a feeling of wilderness. They love the barren rock islands, windswept pines, the sunsets and the solitude.

This map shows high-value biodiversity areas. Shaded areas (in green) show places that contain at least two high-value habitats (such as forests, grasslands and wetlands). Many of these areas occur in First Nations territory, national or provincial parks and Crown lands managed by the Ministry of Natural Resources and Forestry. Areas of high biodiversity contain important habitat for migratory birds and many of our species at risk.

You can see large patches of high biodiversity around Killbear Provincial Park, Massasauga Provincial Park, Georgian Bay Islands National Park and throughout the wetland areas of southern Georgian Bay. The green-shaded archipelago that stretches along the eastern shoreline shows that the 30,000 Islands region provides critical habitat for species diversity.

As expected, areas of high influence occur along transportation routes and around areas with larger populations, such as Parry Sound and Honey Harbour. Remote areas that are least accessible by road show the least human influence.

Protecting Biodiversity in the Archipelago

The Georgian Bay Land Trust establishes nature reserves for ecological protection and community enjoyment throughout the Georgian Bay Biosphere and the North Channel. To be considered for protection, lands must meet scientific criteria for their contribution to biodiversity and/or critical habitat preservation. Over 125 stewards and partners presently care for over 6,000 acres of natural habitat. These areas also support research and monitoring activities and provide the space to offer conservation education, youth programs and interpretive programs.

By 2019, the land trust will complete a new natural area conservation plan that will provide a tool for individuals, communities and governments to make informed choices regarding local conservation actions. Topics such as climate change resilience, species-movement corridors and coastal and wetland connectivity will be included in the plan.

Go to gblt.org to learn more. 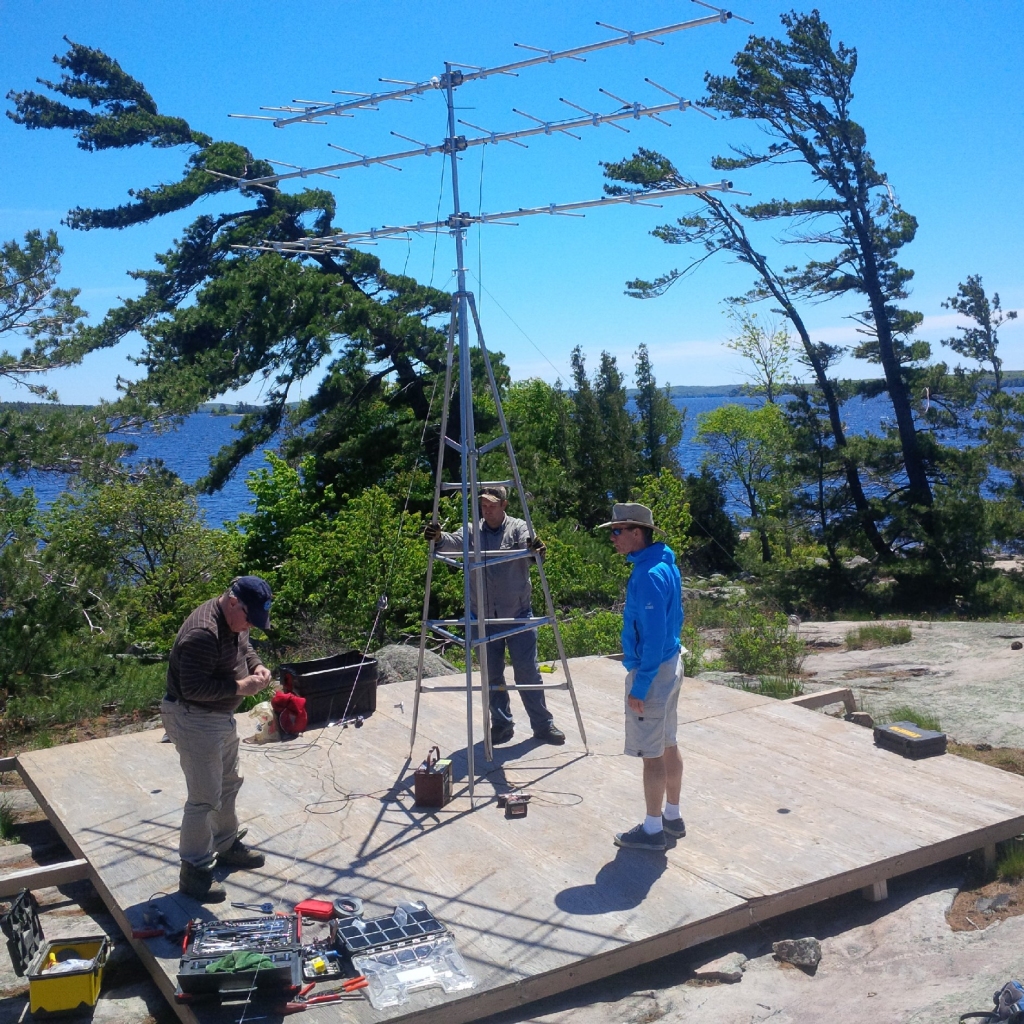 The Georgian Bay Association is an umbrella group of 20 cottage associations, representing over 4,000 families along the eastern and northern shores of Georgian Bay. Formed in 1916, our mandate to act as stewards of the fragile and finite water and land resources of the Bay has not changed over almost 100 years. Many association members are actively involved in water quality monitoring, reporting species at risk and environmental education. 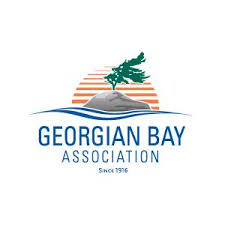