What’s the foundation of the food web in Georgian Bay? The answer: microscopic plants and animals known as phytoplankton and zooplankton, along with small invertebrates, such as freshwater shrimp and clams.

Why is it Important?

Nearly every fish species in Georgian Bay-Lake Huron consumes a variety of benthic (bottom-dwelling) organisms and zooplankton in the water during its life. Zooplankton gets its energy by consuming phytoplankton, plant life that requires phosphorus and nitrogen for growth.

This collection of life is known as the lower food web because it creates the abundance of food needed for the larger aquatic species in the food web to flourish, including small fish, young turtles, loons, bald eagles and many more.

Studies of the lower food web can indicate overall aquatic health in the following ways:

If you took water samples at different depths throughout the water column, what would you find living at each level? Phytoplankton, zooplankton and benthic invertebrates represent thousands—maybe hundreds of thousands—of species in the aquatic ecosystem.

Scientists measure those species, their abundance and their biomass to monitor changes in the lower food web. Researchers collect samples during different seasons and at different depths around Lake Huron and Georgian Bay.

A piece of equipment called a grab sampler is used to collect sediment and benthic organisms from the lake bottom. Researchers clean off samples that are covered in mud, then pick out, count and weigh organisms. Some species move up in the water column to feed at night and are disturbed by light, so scientists use a red light while they tow a net with extremely fine mesh to capture them.

What are the Results?

From the late 1980s through the mid-1990s, the phytoplankton in Lake Huron underwent very little change. There were 40 common species and all were abundant.

But in 2003, scientists noticed a significant decrease in the phytoplankton that bloom each spring (diatoms, for example). Researchers recorded another decline in 2008.

Conditions that support phytoplankton are changing and are not well understood. Possible factors are:

Scientists have recorded up to 95% declines in Lake Huron’s zooplankton populations in the past 20 years! The zooplankton groups that experienced the largest declines were those most often consumed by fish.

It is not clear what factors are working to cause the declines. However, there are many that may play a role, such as changes to nutrient availability, loss of phytoplankton, and changes to fish species and populations. Invasive species, such as zebra and quagga mussels and the spiny water flea, also play a role in changing the food web.

Climate change also poses a threat to zooplankton. Researchers have observed increasing water temperatures and decreasing ice cover in all of the Great Lakes. Warmer water can be damaging for some zooplankton species, but the extent of how a changing climate will affect different species is uncertain.

An earlier spring bloom of some phytoplankton species may create a situation where peak food for herbivorous zooplankton occurs too early for them to take advantage of the abundant supply. Without adequate food available, zooplankton populations decline. While this may seem like a small change, it will likely have destabilizing effects on species throughout the food web, such as prey fish, bass, pike, and trout.

In Severn Sound, in southern Georgian Bay, the Open Water Monitoring Program shows a decrease in the total biomass of phytoplankton since 1973, and zooplankton diversity has fluctuated but remained healthy. More research for Georgian Bay would be helpful in understanding the lower food web and the complex dynamics of the aquatic ecosystem.

Benthic invertebrates that support fish populations have declined in Lake Huron. Between 1970 and 2000, nearshore areas saw a decline in abundance of 75% in benthics, while offshore deep water areas experienced a 50% decline.

A freshwater shrimp the size of a grain of rice, diporeia are crustaceans that dwell on lake bottoms. Their bodies contain 30 to 40 per cent fats and oils, making them a vital energy source for fish and crucial to the entire food web.

Diporeia was once the most abundant benthic organism in the cold, offshore regions of Lake Huron and a key component of the food web. Diporeia live in the upper few centimetres of sediment and feed on settled plankton from the water column.

In 2005, diporeia were absent from Lake Huron at less than 50 metres and had declined in Georgian Bay and the North Channel. They are also absent from many large areas in lakes Michigan, Erie and Ontario.

The crash of diporeia in Lake Huron happened around the same time as the number of zebra and quagga mussels was rapidly increasing, but the connection is not yet well understood. Possibly, the mussels are using nutrients nearshore and on the lake bottom, reducing nutrient availability for diporeia, zooplankton and fish that live offshore. Further research is needed to understand the causes behind the diporeia decline. It is a loss of a major food source for many Lake Huron fish species. As a result, fish populations have changed their diets, moved to areas with more food and lost weight. These shifts have implications for the entire food web.

Zebra mussels are native to Europe’s Caspian Sea and became established in Lake Huron in the early 1990s. Their abundance peaked in 2000–2003 in the main basin and in 2007 in Georgian Bay. Quagga mussels, a relative of the zebra mussel, invaded shallow waters as well as water deeper than 50 metres, where zebra mussels had rarely been found. The abundance of zebra and quagga mussels has had a dramatic impact on ecosystems. These filter feeders affect nutrient availability by removing algae and small zooplankton from the water, resulting in less food for young fish and other native species. Zebra and quagga mussels have used much of the food energy in the ecosystem; in some parts of the Great Lakes, phytoplankton production is down to 10% of what it was before their invasion.

Benthic macroinvertebrate communities in the Great Lakes have been undergoing broad changes that are unprecedented.

Nutrients, including phosphorus, are in major decline. Phytoplankton and zooplankton levels are also dropping. Diporeia, once the most abundant benthic food source in Lake Huron—up to 10,000 animals per cubic metre—has been decimated.

What will be the effects on species higher in the food web? Are invasive species, combined with climate change and warmer waters, creating a biological desert on the bottom of Lake Huron and Georgian Bay?

In 2014 and 2015, the Ministry of the Environment and Climate Change used divers to undertake benthic surveys in five areas on the eastern shores of Georgian Bay: Shawanaga Inlet, outer Parry Sound, Moon Island, Go Home Bay and Severn Sound/Honey Harbour. Biologists conducted the surveys at 47 sites, at depths of 3 to 18 metres, to collect information about lake-bed substrate, algae and invasive species.

Preliminary findings indicated that Lake Huron had fewer zebra and quagga mussels than Lakes Erie and Ontario, and the mussels were least abundant in Georgian Bay. In eastern Georgian Bay, the population of zebra and quagga mussels is relatively low, but with a wide distribution (ranging from fewer than 1,000 mussels per square metre to a maximum of around 3,000 mussels per square metre). It is suspected that mussels cannot tolerate the low-alkalinity water (low calcium and low pH) running off the Canadian Shield. 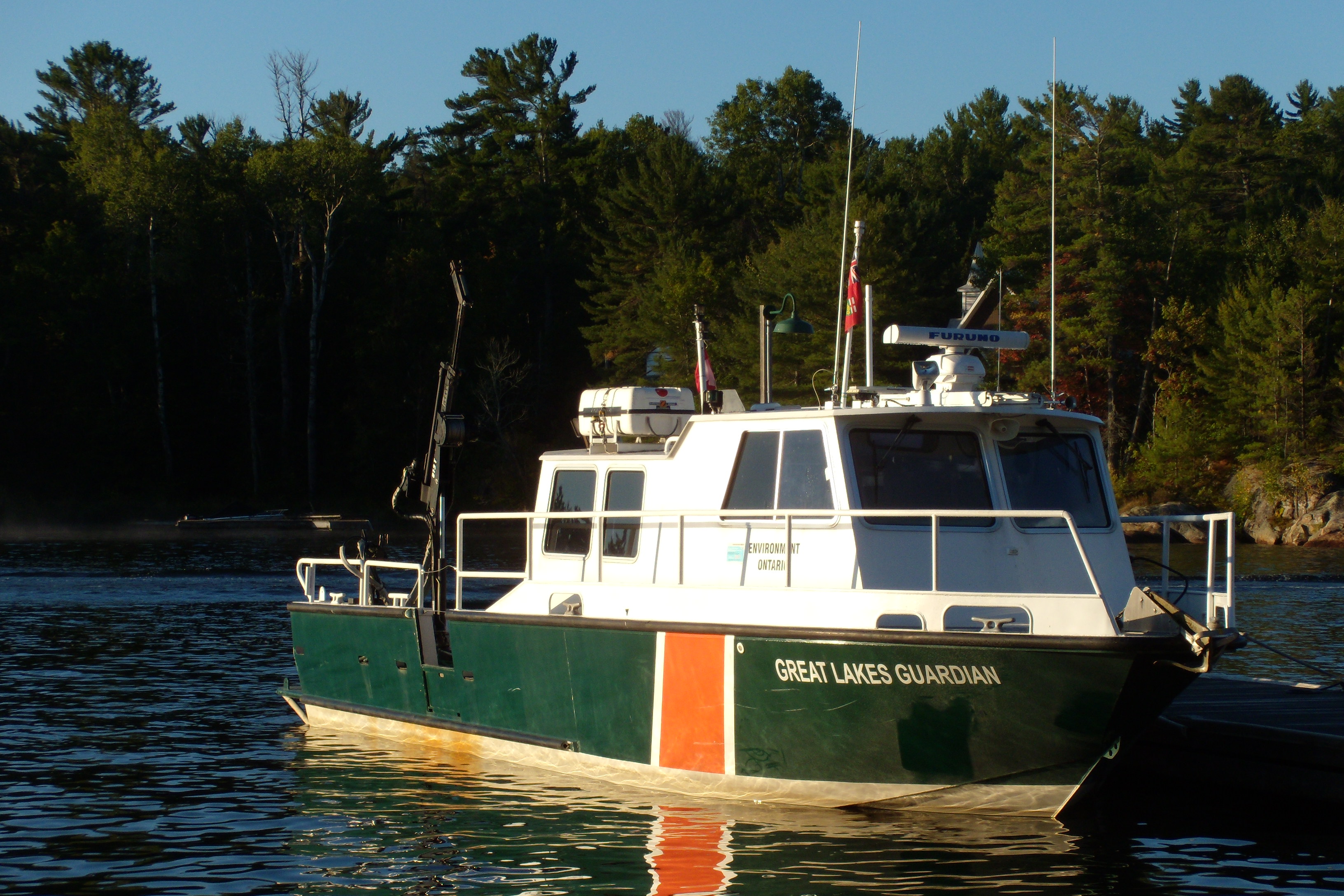