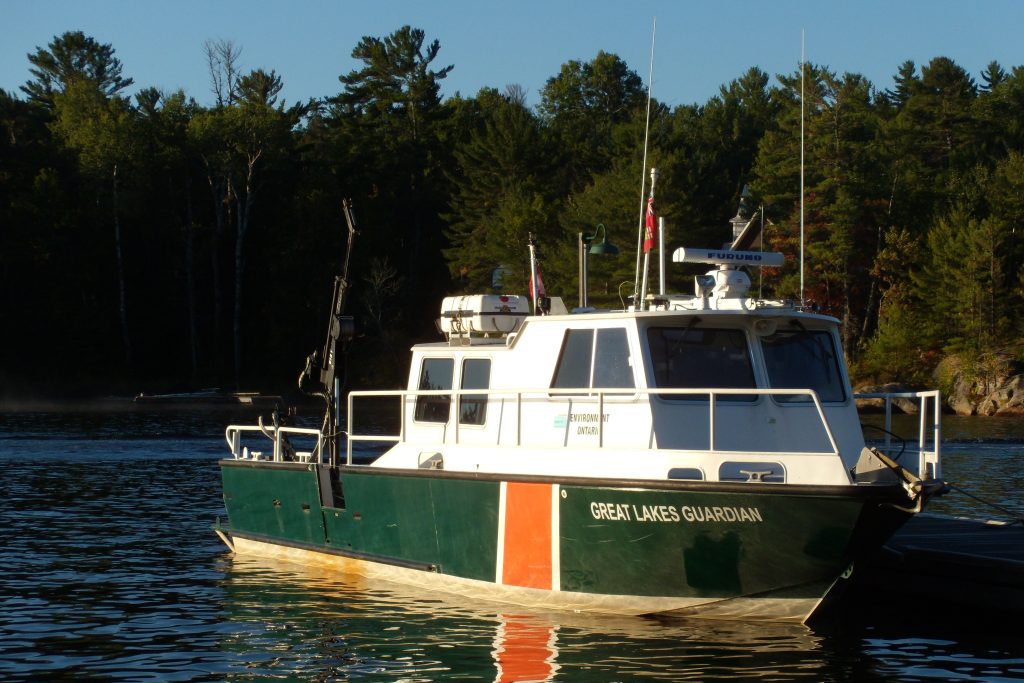 You’ve probably heard of the legacy of DDT and its effects on species such as the bald eagle. When this chemical was being produced and actively used in the mid 1900s, the eagles were poisoned when they consumed the contaminated fish. In turn, this chemical interfered with the birds’ ability to produce strong eggshells. As a result, their eggs had shells so thin that they often broke during incubation or failed to hatch.

This chemical is still persistent in the environment, and there are others like it affecting the health and water quality of the Great Lakes and Georgian Bay. In the State of the Bay report, we use total phosphorus as a measure of water quality and an indicator of aquatic ecosystem health, but that isn’t the whole story.

Contaminants in the Bay impact our own health and the health of our environment. Some toxic chemicals in the Great Lakes have declined substantially over the past 40 years, but others are still persistent.

There are two major types of contaminants: “legacy pollutants” and “emerging chemicals.”

Legacy pollutants are chemicals that persist in the environment long after they were first introduced. These include numerous pesticides like DDT. Harsh chemicals like these could have been banned as far back as the 1970s but are still affecting our aquatic ecosystems.

Emerging chemicals are those that are introduced into water sources by way of agricultural runoff, personal care products, or industrial waste. Examples of emerging chemicals include antibiotics, cosmetics, and steroids. Often research and monitoring is still being conducted and they have not yet been regulated.

The following list of contaminants is measured in Great Lakes fish, in the sediment, and atmospheric deposition (pollution in the air is deposited via rain or dust into the sediment and eventually into aquatic ecosystems). We will focus only on these contaminants because they are the ones that are most persistent and/or have the most research available. There are other contaminants in the Great Lakes ecosystem, but unfortunately, we don’t have adequate data on all of them.

According to the State of the Great Lakes report published in 2017, the following contaminants are persistent in the Great Lakes ecosystem and are monitored as indicators of water quality:

Compared to other Great Lakes, Lake Huron has some of the lowest concentrations of many of these contaminants due to its geographical location and fewer sources of pollutants. Areas near Lake Ontario and Lake Erie have much denser populations and more industrial and agricultural sources of pollution making those lakes more susceptible to contamination.

Next month’s State of the Bay update will focus on levels of pesticides in Lake Huron and Georgian Bay.

Abbey Dudas is the Science Communications coordinator at GBBR. Growing up in Parry Sound, she developed a love for Georgian Bay, and now wants to help conserve its biodiversity and beauty. You can reach Abbey at [email protected].